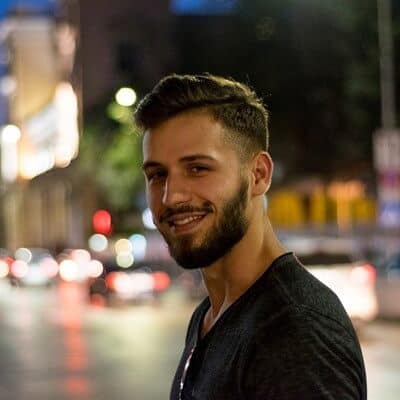 His debut collection of poems "Who Do You Think of When You Think of Someone" and the novel "Close Your Heart" make Konstantin Trendafilov one of the most successful and beloved contemporary writers in Bulgaria. But that's not all, for 2 years we know him by another name - Papi Hans, who broke the Bulgarian music charts with the comic songs "Cake" and "Superpalav".

Especially for you, the team of Listn.to collected 13 interesting and little-known facts about the life and work of Constantine.

In its April issue this year, the British magazine The Economist 1843 published an article about Papi Hans' undisputed hit, Cake. You can read the full article here . The editor of his first novel "Close Heart" (merged) is his mother - the writer Kristin Dimitrova. cover art books by konstantin And in this line of thought, it is worth mentioning that Constantine comes from a family of intellectuals - along with his mother Christine, his father - Vladimir Trendafilov, is a professor at Sofia University, poet, writer and respected literary critic. Konstantin Trendafilov graduated in English Philology and then in Journalism at Sofia University “St. Kliment Ohridski ”. The writer admires Dostoevsky, Juneau Diaz and Kurt Vonnegut. Papi himself says, "Those with their eyes turned inward - I read them with the greatest appetite." During his own "prostitute", Constantine reached for the doctor's phone (contrary to popular belief that he grabbed the pen). During the day when Papi Hans was asleep, Konstantin worked as a creative director at the Saatchi & Saatchi Sofia advertising agency. Constantine's favorite movies are The Prestige from 2006 and Vanilla Sky from 2001. Four years ago, Konstantin was close to death, but fortunately the doctors from Pirogov managed to stabilize him. It was then, lying in a hospital bed, that he laid the foundations of his debut novel, Prisonheart. Papi Hans' greatest love is his cat, which he himself describes as "the most expensive purchase so far" (because of the damage she has done to his home so far „). According to Constantine, the worst trait in humans is insensitivity. In the summer of 2018, the second song of Papi Hans - Superpalav was released. Immediately after that, the question arose in the forums and social networks about who the assholes in the video were. The answer is the girls from No Name Dance Agency, who work with some of the biggest modern stars ( Dara , 100 Kila , Grafa , Maria Ilieva and others).

The Facebook page of the personal blog , in which Konstantin Trendafilov published poetry, long before Papi Hans appeared in the world, has over 33,000 followers.

You can read the biography of Konstantin Trendafilov here . 😉

If you liked this article, we would be grateful if you like or share it. In this way you show us that what we do has value. Thank you! 🙂