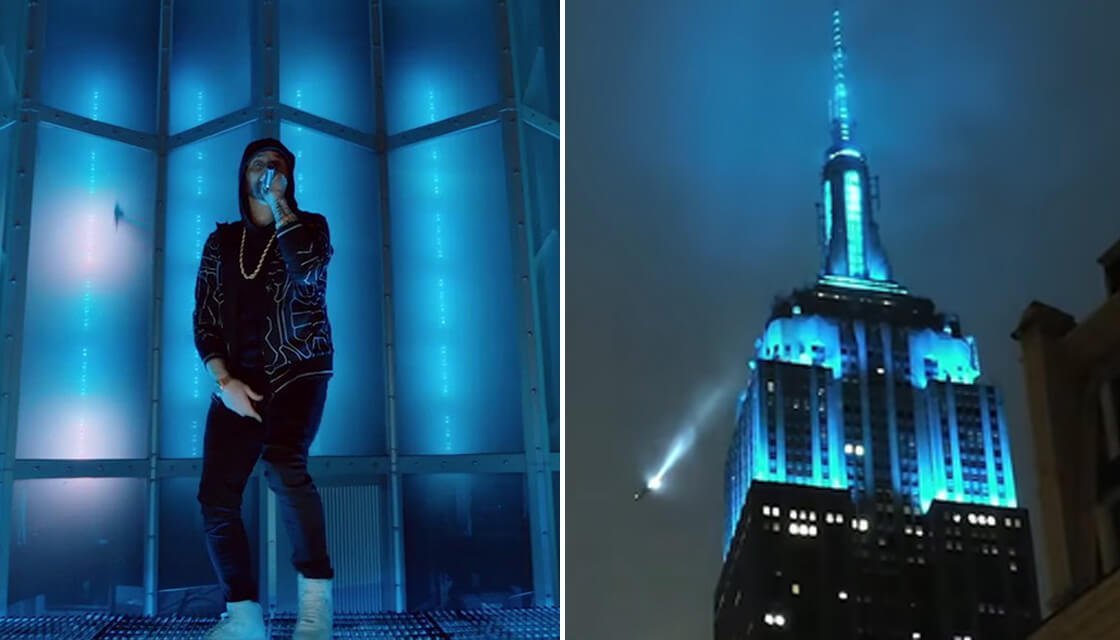 Eminem surprised all his fans when arrived on ‘Jimmy Kimmel Live!’ in Brooklyn and performed the song “Venom” from his latest album Kamikaze.

“Venom” is also the themed track of the 2018 American superhero film based on the Marvel Comics character of the same name, starring Tom Hardy and Michelle Williams.

In this eight-minute video (shot on a simple Google Pixel 3 device), the rapper cuts loose high above a lit-up Empire State Building, reeling off lyrics. The clip became a massive fuss just for one day.

You can also read the song lyrics in our website.

Also, let us know what do you think about Eminem’s performance atop the Empire State Building.